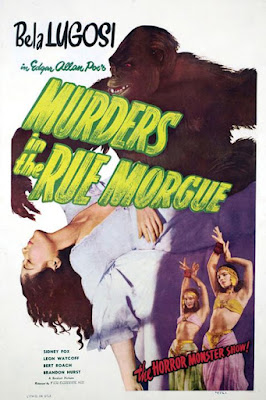 Dr. Mirakle attempts a miracle by combing the blood of his intelligent great ape with that of a woman to create a bride to host his hominid. I actually can’t believe I just typed that. But that’s the bizarre plot of Robert Florey’s loosely adapted Pre-Code Poe story concerning fatally flawed mad medicine conjoining with unnatural selection. Though Mirakle’s grasp of evolution is tenuous at best by modern standards, his hypothesis isn’t to be discounted by the fiction’s contemporaneous ideology since this takes place years before Darwin published his famous treatise. However, Mirakle’s thesis of mating a Gorilla and a human is just plain fucking crazy by any criteria either past or present!

Legendary Cinematographer Karl Freund supports the film’s structure with beautiful and eerie compositions from fog clouded streets to the low-key lighting and low-angle shots that infuse Mirakle with sinister intentions. The editing and quick-cut to multiple close-ups are startling as we experience the fractured perceptions of trauma like the victims. Freund actually attaches his cumbersome camera to a swing in order to film the heroine Camille sway to and fro as she converses with her lover Pierre. It’s such a striking composition that draws our attention to the dreamlike quality of her idealized devotion to her beau as she enjoys a picnic with friends. Later that evening her world will be torn asunder by her mother’s murder and her capture by an enraged and possessive Gorilla. In another scene he shoots directly down upon Pierre as he frantically races up a staircase to create a maze-like disorienting visual queue. The city of Paris with skewed walls and jagged skylines is evocative of Caligari’s nightmare and adds a surreal dimension to the film which helps us suspend disbelief at a Gorilla who is a Chimpanzee is close-ups and a man in a furry suit in long shots. I mean, nightmares don’t need to make sense and are often even more enjoyable when they don’t!

Bela Lugosi is as evil and creepy as ever and his strange command of the English language (even though it’s set in France) adds to our stilted disposition. When he forces himself upon the hapless Camille moments before the ape assault he looks more inhuman than the Gorilla. Though the story pulses along at a frenetic pace there are a few moments of WTF: how in the world does Pierre discover the strange hemoglobin from the murdered women specifically belongs to a Gorilla? The story doesn’t make him suspicious of Mirakle or Erik (yes, the Gorilla’s name believe it or not) which could spur him to research this point: it’s this revelation that makes him suspicious! The “comedic” scenes with Pierre and his roommate fall flat and go on too long. Ditto with the police inquest when bystanders argue over what language they heard before the murder. And why does the roommate announce he’s making macaroni when it’s clearly spaghetti? But the scene with Camille’s mother stuffed up the chimney with fur clutched in her death-grip when Pierre exclaims “See, it’s Gorilla fur!” more than makes up for these momentary dull patches.

The finale of a Gorilla racing across skewed rooftops carrying a mannequin is both unintentionally funny yet strangely compelling. Pierre is close behind with a pistol and delivers the fatal shot as Erik plunges to his doom and Camille is saved. Just make Erik larger and we have King Kong. I suppose even on the Rue Morgue, ‘twas beauty killed the beast. 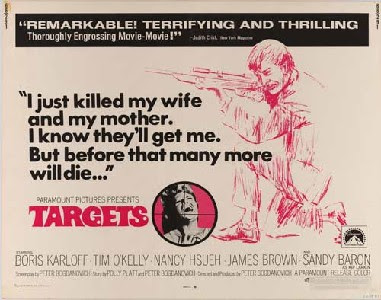